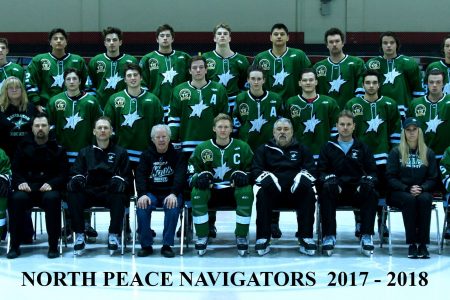 This September, the North Peace Navigators will host the Humboldt Broncos in a two-game weekend.

For the Humboldt Broncos, these will be the first games played since April. The North Peace Navigators are humbled by the Broncos decision to host the pre-season games in Darcy Haugan’s hometown, where he spent 12 years as Head Coach and started his legacy of developing great athletes and young men of character.

The North Peace Navigators will host a special memorial event to honour the life contributions of Darcy and honour his family at the home opener on September 22, 2018.

More specific details regarding both of these events will be available closer to the dates.

Disclaimer: Information published on this website is intended for the purpose of providing general information and although efforts have been made to present accurate and reliable information, visitors should contact any organizations listed on this site directly for up to date information related to pricing, availability and services offered.